You are here: Home / Personality / 10 Ways ENFPs Annoy Others 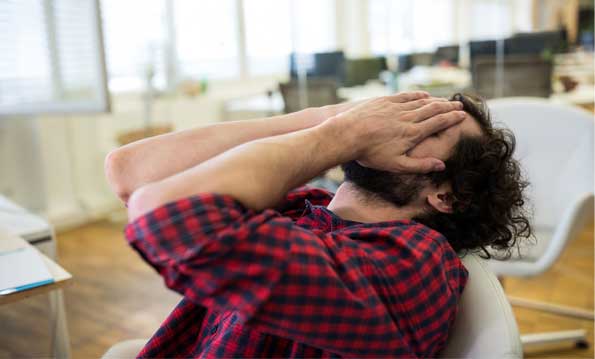 ENFP is one of the most exciting personality types. Energetic and imaginative ENFPs bring zest and joy into our lives; their adventurousness, enthusiasm, and hopeful optimism can be incredibly attractive and inspiring (see detailed ENFP personality profile here).

But just for the sake of being critical, let’s look at other not so exciting ENFP personality traits. In fact, just as they can be wonderful and inspiring, ENFPs can sometimes be very annoying to others.

To make things worse, they often do so unknowingly, without realizing their problem.

Not to say that every ENFP has these negative traits, but there certainly is an overall tendency.

Whether you are an enlightened ENFP who is committed to improving themselves or someone involved with an ENFP, the following ENFP weaknesses and negative traits are something to take a note of.

1. ENFPs are not organized, but they think they are

ENFPs have a very different idea of organization than most people.

To them, it doesn’t matter that their space looks cluttered and messy; as long as they can retrieve what they need from the clutter, they are good.

This ENFP trait can be incredibly annoying to their more organized partners and co-workers, but ENFPs will be ENFPs — not much to do about that.

The fact that they remain completely oblivious to their problem doesn’t help either.

Ask them to stay more organized, and you will get a surprised look — they can’t believe what you’ve just said!

2. They are always late

Making plans with an ENFP can be very frustrating, particularly for more punctual personality types.

ENFPs are always late and full of apologies, yet it seems they can’t help it even if they tried. There are two reasons why the ENFP can’t be on time:

they are bad at estimating the time needed to accomplish a task,
they tend to get sidetracked.

Even when ENFPs begin their preparations early, they will usually get distracted in the process, and the next thing they know it’s time they are supposed to be somewhere else.

3. They always change the way they do things

As fun and inspiring as they are, ENFPs make some of the most frustrating teachers, bosses, or instructors, thanks to their habit of constantly changing things.

To grasp a new concept effectively, most people need the information to be presented in a clear and structured way, but the ENFP can’t commit to one standard.

They will jump from one subject to another, frequently changing the way things are presented (page numbers, files, illustrations) and driving everyone crazy in the process.

4. They waste time at the workplace

ENFP’s love of people may come in the way of their productivity at work.

Trying to resolve other people’s conflicts, socializing by the water cooler, and their general tendency to become distracted are not exact qualities that every employer wants.

ENFPs aren’t bad employees, but they do tend to perform better in certain occupations than in others.

ENFPs find it hard to commit to just about anything: Their clothing style, their occupation, their place of residence, their partners.

To an ENFP, picking one thing over another feels like deciding which of their children must live or die.

Making decisions is hard for ENFPs. Making choices, particularly those where by making one choice, you automatically reject other options, is incredibly difficult for this personality type.

As a result, their partners may often feel insecure and jealous.

ENFPs tend to generate more ideas than they can handle.

It’s like their minds become hyperactive, throwing one great idea after another without leaving any time to settle.

All of the ideas seem equally important but none of them gets enough attention to materialize into something tangible.

Because ENFPs in this idea-generating state lack focus and direction, others eventually stop taking them seriously.

Even when an ENFP decides to work in a specific direction, the chances of completing the project are pretty slim.

Being interested in many things and getting distracted is so natural to ENFPs, they hardly ever follow things through.

8. They have a wild imagination

Just a little hint on something unpleasant can make them very anxious.

Their tendency to overthink will escalate even a minor concern into a major problem.

This can be very tiring not just for ENFPs themselves but also for their friends and life partners.

9. They don’t do their chores

Another way ENFPs annoy others is their utter irresponsibility when it comes to chores, such as cooking, cleaning, doing the laundry or paying the bills.

People with this personality type dislike chores, and they particularly hate it when something is forced upon them.

Unfortunately, it doesn’t take long for life to become unbearable, and their partners and family members find themselves stuck doing everything alone.

Fun-loving ENFPs may spend all their energy having fun or pursuing their numerous interests instead of completing their work and meeting their primary responsibilities.

Because they tend to put things off until the last moment, emergencies and little disasters aren’t unheard of.

ENFPs don’t live in a vacuum, and other people may become affected — co-workers and family members are often forced to clean up the mess. 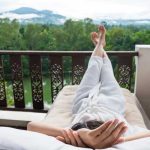