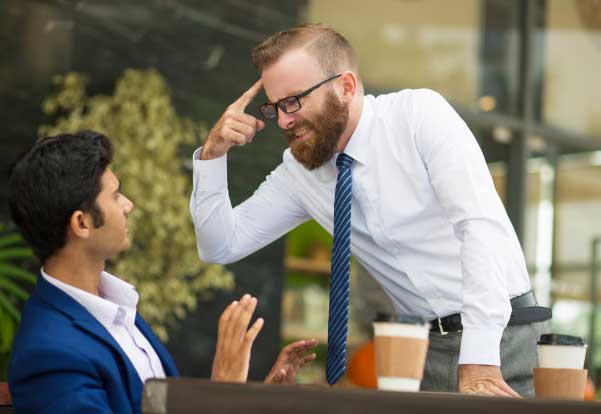 What do people mean when they say that someone has an abrasive personality? While it certainly depends on one’s perception and expectations — your “abrasive” may be someone’s “strong” — people generally use this term to describe someone who is very direct, forceful, and confident.

People with abrasive personalities aren’t all alike. Some of them may come across as just a little too intense, while others may be hurtful and intimidating.

There are situations where having an abrasive personality works very well. Abrasive people are often sharp and goal-oriented, which is why the easiest way to meet them is in a corporate setting.

The term “abrasive personality” was hardly used until the 1970s when Harry Levinson wrote his famous book “Abrasive Personality”. 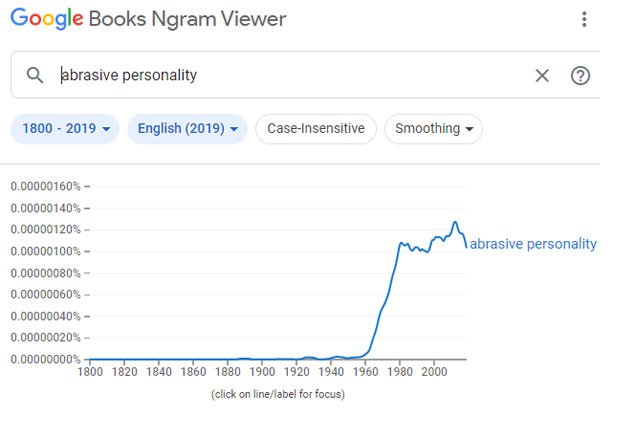 He describes a young and successful individual who is well on his way to the top. His superiors face a dilemma: Should they promote him, or should they let him go? The success that this young man brings comes at a heavy price.

Dealing with abrasive people can be very confusing. On the one hand, they are very valuable to organizations they work for, but on the other hand, they may puzzle and frustrate others. In a sense, they are intellectual bullies.

To help understand what it means to be abrasive, let’s take a look at abrasive personality traits in detail.

Abrasive people want to dominate their environment. Typically they don’t see others as their equals. Instead, they want to impose their will on others, and they want others to support them.

It is entirely possible for an abrasive person to have goals that greatly benefit other people, but it’s the way they impose them on others that is the problem.

In their view, there can be only one person in charge, and they intend to be that person. They are highly competitive and combative, and they want to be credited for what they do.

People with abrasive personalities can become very aggressive in pursuit of their goals. They are the kind of people who may step on others to get ahead. Broken relationships and lost trust will not stop them. They will keep charging forward until they ultimately prevail.

Wanting to reach their goals isn’t the only reason why they are so aggressive. There is another secret motive — their fear of being controlled and dominated by others. It isn’t surprising that given their dog-eat-dog view of the world, being vulnerable doesn’t seem like an option.

On top of that, people with an abrasive personality tend to be suspicious of others and do not hesitate to engage in conflict if they suspect that others are up to something.

Deep inside, an abrasive person may be as fearful as anyone else in the room, but they learned to repress this fear so that it doesn’t become an obstacle on their way.

One of the ways they deal with their fears is by challenging themselves to face their fears directly. They intentionally put themselves in uncomfortable situations until the discomfort goes away.

Abrasive people see themselves as fighters. They think they need to push and force things to happen. They also feel they need to pressure others around them to force them to “shape up,” “straighten them out”, or “whip them into shape”.

In addition, some abrasive people may become addicted to conflict, constantly fighting and arguing even for things that have very little importance to them.

They threaten and intimidate others until they get what they want. This type of “winning” gives them a huge ego boost. No, they didn’t back down, they fought, and they won — in their mind, of course. They become increasingly proud of their combativeness.

One of the easiest ways to feel independent and control others is to control their essential needs, such as food, shelter, and money. Hence, abrasive people tend to attach more and more importance to money. To them, money is power and having a lot of it becomes their priority.

Abrasive people are highly critical of others. In a meeting, they are likely to constantly interrupt others, criticize them, point out their mistakes and dismiss their comments as irrelevant.

In some cases, they may become emotionally abusive, ridiculing others and intimidating them.

People with an abrasive personality often believe that they are more competent than others, including their teachers or bosses. They tend to think of other people as lazy and irresponsible.

Even when they are right in their criticism of others, their manner is so irritating and abrasive that it’s rarely appreciated.

Abrasive personalities feel uncomfortable when unproductive. Being successful helps protect their fragile self-esteem. In addition, work is a way to accumulate resources that allow them to feel independent and in control. They may dislike their job, but they keep working because they are afraid to stop.

Abrasive personality is likely to develop in unhealthy type 8s and, to a lesser degree, type 1s. If you prefer the 16 personalities typing, abrasive people are likely to be unhealthy ENTJs.

If you were told that you have an abrasive personality, it is possible to improve your social skills by working with a coach; however, it is always more effective to work on the underlying causes of your behavior with a professional therapist.