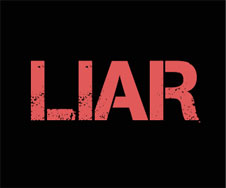 When interpreting the body language of a liar, you should rely on signs that are not under his cautious control, for example, gestures and signs that happen automatically. In the liar’s case, the least reliable signs are the those that he has the most control over, like his words or exposing his palms; exposing palms generally means openness, but in this case can be easily faked.

Face touching gestures will still be there when lying, covering up for someone, exaggerating, doubting or even being uncertain. Increased swallowing of saliva is another automatic gesture that is often displayed when lying, but it is usually more noticeable with men than with women.

In addition,  separate gesture should not be interpreted without considering other signs that are displayed at the same time, and circumstances under which it is happening taken into consideration. The reason for that, is that one and the same gesture could mean different things at different times.  For example, scratching the head can mean forgetfulness or lying, but it could also mean dandruff.

Similarly to that, the face touching gesture is not always associated with the body language of a liar; it could simply mean that the person is just holding back some information. Observing subsequent movements and signs could confirm or deny your suspicions.

Despite the fact that we use our faces to cover up lies and our genuine emotions more than any other body part, they still continuously reveal our true feelings and attitudes without us being aware of it. If you are trying to conceal a lie, or a certain unpleasant thought flashes into your mind, the evidence will be displayed on your face even if just for a split second.

One perfect example – if you are at a job interview and you are asked about your relationship with the previous boss, one that you truly hated, but you still insist that the relationship was great, and you only left the job just because you wanted to have better options for your future, your face will likely display a sneer, if only for a split second.

This kind of body language happens unconsciously and usually goes unnoticed unless the person who is talking to you is highly perceptive to body language. If he is, he will see the contradiction between your verbal and non-verbal signals, and since non-verbal signals have five times more impact than the verbal ones, he is unlikely to believe you.

Lying is not an easy thing to do, because your subconscious mind automatically sends signals that are perceived as the body language of a liar. They contradict what you are saying, and make your words hard to believe to whoever may be listening. These signals include dilation and contraction of the pupils, sweating, increased swallowing of saliva, twitching of facial muscles, flushes and increased eye-blinking. It could take a split second only, but professional interviewers, sales people and simply perceptive individuals can and do notice these contradictions.

This fact of the matter is, this is most obvious with those who do not usually lie because they didn’t refine their body language as “professional” liars do, like actors for example. Professional liars pay attention to how it feels when they say a lie, then work on reducing gesturing altogether. The movements become so refined that it becomes extremely difficult to detect lies in these people.