You are here: Home / Health / 9 Borderline Personality Traits Explained (Based on DSM-5 Criteria) 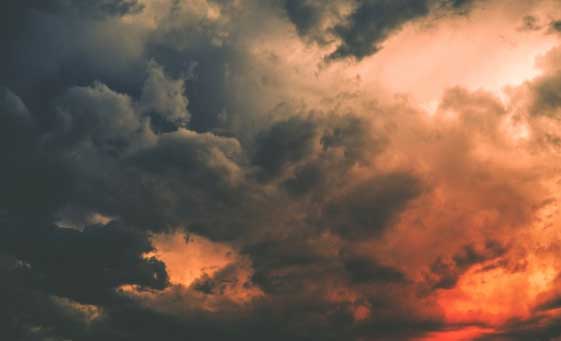 The fifth edition of Diagnostic and Statistical Manual of Mental Disorders or DSM-5 lists nine signs and symptoms of BPD. Here’s a detailed explanation of each of these borderline personality traits in layman’s terms. You may also want to check 18 Signs Your Loved Ones Has BPD [quiz].

1. Fear of Abandonment
One of the defining characteristics of Borderline Personality Disorder is fear of abandonment. The idea of being alone terrifies people with BPD and causes them a great deal of anxiety. Whether the threat of abandonment is real or imagined, it can produce a very strong response in people with BPD. They may

It doesn’t take much to trigger fear of abandonment. It could be something as simple as their loved ones having to leave for work or another mundane reason. However, in the sufferer’s mind, they are betrayed by people they trusted the most. The feelings of pain, isolation, terror, panic, anxiety are very real to them.

In a sense, people with BPD feel like abandoned children. They are looking for someone to take care of them and give them a sense of security and, most importantly, identity. Unfortunately for them, other people with and without personality disorders have a lot of needs of their own and cannot sustain such intense and exhausting relationships, which brings about disappointment for people with BPD.

Their constant search for signs of betrayal is another contributing factor — people with BPD tend to interpret some of the most normal and insignificant actions as betrayal, no matter how much their loved ones try to reassure them that this isn’t the case. Once again, this brings about disappointment, and all these factors lead to the much talked about pattern of idealization and devaluation. This pattern is one of the defining borderline personality traits.

On the one hand, people with BPD seek intimacy and connection. On the other hand, their behavior is a recipe for a relationship disaster. If their partner or family member can satisfy their emotional needs, they love and idealize them. If, in the sufferer’s mind, the same person makes a mistake, they instantly hate and devalue them. Based on their last interaction with their loved ones, they either love them or hate them — there is nothing in between. This emotional roller coaster makes the relationship very unstable and exhausting.

A person with Borderline Personality Disorder doesn’t have a solid self-identity, hence erratic behavior, confusion and trust issues. People with BPD aren’t sure who they are and how to behave, so they constantly look at others for direction. It also makes it very hard for others to understand them, which results in unhealthy relationships.

In addition, because of the lack of stable self-image, people with BPD struggle with self-esteem issues — if they don’t know who they are, how do they know if they deserve respect? Just like their love or hate is based on the last interaction, borderline people may base their self-esteem based on their latest achievement, or the lack of thereof.

4. Feeling of emptiness
Without knowing who they are, people with BPD may feel as if they are fake or as if they don’t exist at all. Some people with BPD become like chameleons and assume different personalities depending on who they are dealing with. Because they are so dependent on others to give them cues about how to behave, borderline people feel empty and lost when nobody is around. Using relationships to fill this void is common for people with BPD.

5. Impulsivity
Feeling of emptiness, constant search for identity and antisocial tendencies lead to a lower impulse control. People with BPD indulge in reckless and self-damaging behaviors. It could be:

To support this lifestyle, borderline people may beg or steal. Oftentimes, people with BPD blackmail their families into giving them money out of fear that they will embarrass them by stealing it from someone else.

Eating disorders are very common in people with BPD. In fact, 53.8 percent of borderline patients also meet criteria for an eating disorder with anorexia and bulimia being particularly common [source].

6. Suicidal behavior and self-harm
According to statistics, 70 percent of borderline patients attempt to commit suicide and 10 percent actually die by their own hand [source]. This doesn’t include those who die as a result of other risky behaviors, such as overdosing on medication or drunk driving. In a borderline’s mind, physical pain is a distraction from emotional pain and, perhaps, a way to show others they need help. Cutting, burning, breaking bones aren’t the only ways borderline people may hurt themselves; they may also intentionally provoke physical fights, drive recklessly or eat and drink until they are sick.

Sometimes people with BPD will threaten suicide or self-harm without intending to actually hurt themselves. In this case, it’s a way to get attention or to get other desired outcomes, such as manipulating their partners into staying in the relationship with them or forcing their families into giving them money.

7. Unstable mood
People with BPD suffer from extreme mood fluctuations — they can go from happy to sad, from sad to irritated, from irritated to anxious in a short period of time. Often these changes are disproportionate to triggers, such as crying over something insignificant. To make things worse, borderline people do not control how these extreme and unpredictable mood changes affect their relationships with others, which makes it even harder for their loved ones.

8. Anger
Anger, also known as borderline rage, is as unpredictable as other emotions in people with BPD. Borderline rage is often irrational and can be triggered by insignificant events. They can go from perfectly calm to raging in seconds.

9. Paranoia and dissociation
Under conditions of stress, people with BPD may experience paranoia — an irrational mistrust of other people. They may become irrationally jealous or feel like others are out to get them and hurt them in some way.

To escape emotional pain, people with BPD may also fall in dissociation. They may not remember everything they did and said during a dissociative episode, or they may remember things differently than other people. The degree of dissociation may vary from mild to a full-blown dissociative disorder.

Only a trained mental health professional can diagnose BPD. Even if you think your partner or family member has all borderline personality traits listed above, trying to discuss with them the possibility of BPD diagnosis is not a good idea for obvious reasons. It is better and safer if they learn about their diagnosis from a psychiatrist or psychologist who is trained in treating Borderline Personality Disorder.