You are here: Home / Personality / Choleric and Melancholic Compatibility 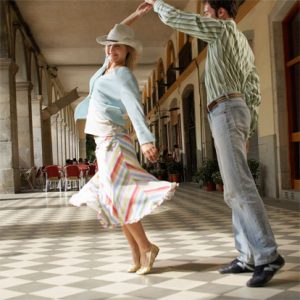 Love at first sight is not likely to occur between a Choleric and a Melancholic couple. In fact, both sides tend to avoid each other and dislike each other’s approach to life. Sure, sometimes they still fall in love with each other and marry, but in this case they will be attracted to each other for other reasons than natural personality compatibility. It could be because they live nearby, or the timing is right and when you add to this, positive illusions about each other, that’s it — they are married!

Melancholic people are very social and they always feel the need to belong to a community of some description. They nurse their connections with others and need to be a part of something “bigger”. As for Choleric people, they couldn’t care less. They prefer to have just a few close friends who are useful to their career.

Again, if they learn to respect these differences, this could work out very well for both. The Melancholic could broaden the social circle of the Choleric, while the Choleric could introduce a few dedicated friends to the Melancholic, whom, in turn, could provide him or her with the sense of “belonging” that they so crave.

Still, the Melancholic is likely to plan for parties and outings that the Choleric hates to attend, then he or she would feel abandoned when the Choleric doesn’t show up or arrives late. Meanwhile, Choleric’s feel pressured to participate in activities he or she regards as silly, usually ending in some sort of fight.

These two personality types have different preferences even in conversations! Melancholics will stick to facts and details. They don’t have any problems with exchanging unrelated facts about weather or people. In fact, they find it even relaxing. However, this may seriously annoy their Choleric partners, who prefer to collect data, analyze it, then build theories. Melancholics, from the other side, have no interest in any of these pastimes.

Melancholic people are conventional. They have fixed moral codes and are not willing to change their values. They are also obedient to authority, and believe that everybody should abide according to long-established rules and traditions.

However, Choleric people have less respect to the authority, and they don’t follow anything without questioning it first. They also couldn’t care less for traditions that they often find silly. According to them, “the right thing” depends on circumstances. Moreover, they are determined to do only what they regard as worthwhile. It is needless to say, these differences between the two personality types could result in serious problems.

Despite all of this, there are some resemblances between them that could help make this partnership work. Both want to create and maintain a stable family life and they could also take on complementary household tasks. The Choleric will probably make sure the financial income is stable while the Melancholic will enjoy doing the planning, taking upon himself or herself more daily work than the Choleric.

Both are loyal and are ready to work for maintaining the relationship. However, their motivation is different – the Melancholic wants to maintain his or her respect within the community, while the Choleric wants to avoid financial disruptions of the divorce.

In addition, social charms of the Melancholic will have a calming effect on the Choleric. Also, the Choleric type is inventive, while the Melancholic type has excellent managerial skills. The bottom line is that while natural personality compatibility is not present, still there are some complementary traits. If these traits are combined and mutual respect is present, they could achieve a great happiness with each other.