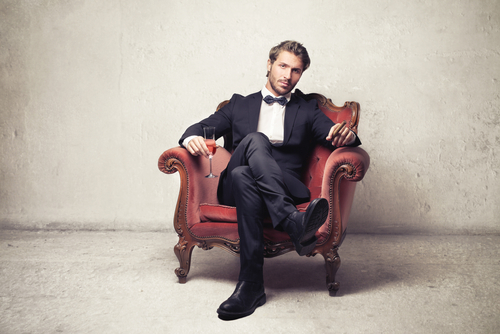 Research suggests that the majority of our communication is performed non-verbally. Body language covers everything from our posture to facial expressions and can reveal a person’s inner state and mood.

The majority of body language displays are unintended and ‘leak’ out without our knowledge. Many human gestures are universally accepted, such as laughing or crying, and can be understood by almost all people instinctively. Gestures can tell us about a person’s individual stance and their relationship with others around them, for example in the case of ‘mirroring’ where people in agreement unconsciously copy the posture and body language of each other. Body language is often performed concurrently with speech which makes it harder to read consciously.

Displays of body language are not always positive; aggressive or dominant body language can frequently be enacted in various social situations. Often, dominant behavior is associated with alpha male behavior.

You can learn to spot dominant behaviors by looking for the following features:

Dominant individuals will make gestures and postulate themselves to increase their size. This is even seen in the animal kingdom, for example when alpha male birds fan their feathers, or cats fluff out their tails. In humans, aggression can be shown by placing the hands on the hips, standing tall at maximum height and positioning themselves in close proximity to those they want to intimidate.

The face highlights many features of dominance including frowning, pursing the lips, sustained direct eye contact and holding the head still when listening and talking.

Dominant people will lead from the front, often going through doors before others and walking ahead of the crowd.

Freely touching other people in a non-emotional way (like a firm pat on the back) is another sign of dominance. In this case, the dominant male or female is showing superiority by choosing who is to be honored by their display of endorsement. Dominant people will not accept this behavior in return.

When two people meet for the first time, especially when both parties are male, a display of alpha male dominant behavior can usually be witnessed. It might not be as dramatic as a peacock’s tail, but these everyday dominant behaviors can be spotted everywhere:

The dominant individual will firmly place their hand on top with their palm facing down. Typically, the grip will be firm and sustained until the alpha male chooses to break it. A sustained handshake shows a level of control over the other person.

Dominant behavior is also verbal; to reinforce their body language, an alpha male will often speak before anyone else and therefore control conversations.

The psychological benefits of prolonged displays of dominant body language include increased confidence and increased energy levels. Displays of dominant body language don’t just give the enactor a psychological advantage; studies have shown that posture and facial expressions have physiological effects too. Standing upright can make individuals less sensitive to pain (Bohns and Wiltermuth, 2012) and taking a ‘power stance’ with the legs slightly apart affects our hormone levels (Carney, Cuddy and Yap, 2010).

The Five Factor Model of Personality