You are here: Home / Personality / Enneagram Type 3: The Go-Getter 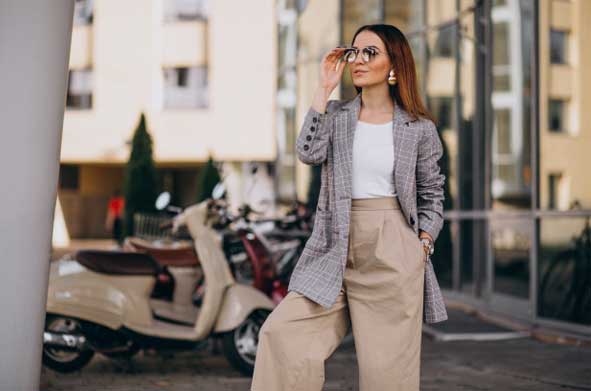 Core motivation: to feel valuable, to succeed, to feel productive, fear of being average, fear of failure, fear of rejection

Coping strategies: hiding their true self, constant adaptation to circumstances, trying to come across as likable, constant goal chasing

Fundamental needs: other people’s attention and admiration, to be accepted, to be respected

Other names: The Achiever, The Winner, The Opportunist, The Status-Seeker, The Motivator, The Performer, The Champion, The Chameleon, The Careerist, The Doer, The Human Doing, The Producer, The Go-Getter

If you aren’t sure about your Enneagram type, try this.

The Need to Win

Threes don’t give up easily. If they set a goal, they will do whatever it takes to achieve it.

Type 3 is a complex personality type that often does things for other than obvious reasons.

A lot of what Threes do is done not to achieve specific goals, but for the sake of other people’s admiration.

If Threes could, they would erase the word ‘failure’ from their vocabulary. Failure is something they feel they can’t live with.

It’s worth mentioning that Threes are very risk-averse and only compete when they know they can win.

Whether it’s working all night long or looking the part, Threes will do what needs to be done to achieve their objectives and make sure they cross the line first.

Having said that, Threes aren’t necessarily perfectionists like Ones. They don’t waste their time trying to fix what’s not broken.

Once these two conditions are met, they are ready to move on to the next project.

Generally, Threes are prestige-oriented people. They pick their goals according to what society deems to be worthy.

Whether it’s becoming a doctor or a celebrity, Threes can do it.

There isn’t much to be said about Three’s personal values, except that they bury their true self and follow cultural trends.

Hiding Their True Self

Because feelings like anger, sadness, guilt, or even love can be disruptive to one’s goals, Threes typically choose to ignore them.

As a result, Threes are often out of touch with themselves.

Instead, they identify with their image, the image that can change depending on the values of people around them.

Threes try to figure out what qualities others want to see in them, then become someone with these qualities.

Because they adjust to other people’s tastes and expectations, Threes may display different characteristics depending on who they are with. As a result, different people can have very different experiences of the same Three.

Similarly, Threes can detach from their real emotions and display whatever emotion they believe is appropriate in the given situation.

In the Three’s mind, it’s never a good time to deal with his or her issues. Goals come first, dealing with emotions second.

But there is always something else to do. Years pass, and Threes end up more and more disconnected from their authentic selves.

Threes often don’t know who they are; all they have is their carefully crafted image.

To Threes, image is as important as reality. They are the most image-conscious personality type.

However, the way Threes look and behave depends on who they are trying to impress.

It can be anything from dressing like a rockstar to business attire — whatever the public favors.

Threes are often subtle showoffs, but they can fake modesty if that’s what other people like.

In other words, Threes embody the values of the society they live in, even if they are not their natural characteristics.

It’s easy to recognize Threes: They are often the good looking, well-groomed ones who seem to be comfortable chatting with different kinds of people.

Threes often display status symbols, such as designer bags, expensive clothing, flashy cars, fancy houses, diplomas, award certificates, etc. However, it can also be qualities such as being well-versed in something, culture, or class.

They may also brag about their accomplishments, their children, and their spouses.

Because of the Three’s tendency to chase other people’s values, it is sometimes difficult to know the real Three.

The Fear of Rejection

Healthy Threes believe in themselves and believe that whatever they tackle will be successful.

Unhealthy Threes, however, become preoccupied with the fear of losing other people’s respect and admiration.

Unhealthy Three’s self-esteem is based on their professional success. Threes feel inadequate if they don’t have a prestigious career or if they are unemployed.

Depending on the level of their health, they may begin to abandon themselves to make a good impression. It becomes all style and very little substance.

The irony is that to gain other people’s acceptance, some Threes reject themselves.

It’s important to mention that Threes are not interested in pleasing everyone. They are only interested in earning the trust and admiration of specific individuals — the people they find valuable, smart, successful, important.

What’s not so great about Threes

Social Threes often engage in attention-getting behaviors. They want recognition and admiration more than Self-Preservation and One-to-One Threes. Social Threes are the most competitive Threes.

One-to-One Threes want to have friends, partners, and children they can be proud of. They don’t focus on their own achievements as much as they want to be associated with someone successful and influential. One-to-One Threes spend a lot of energy supporting and pleasing others.

Because love and admiration come from supporting others, One-to-One Threes put a lot of effort into projecting a physically attractive image which they use to lure promising partners.

People with a type 3 personality type can have either a Two-Wing or a Four-Wing: