You are here: Home / Personality / Enneagram Type 5: The Loner

Core motivation: the fear of not having enough

Other names: The Investigator, The Observer, The Scientist, The Loner

Enneagram personality type 5 is one of the most introverted types. People with type Five personalities need a lot of time alone to “recharge” and process information.

Fives are overwhelmed and fascinated by the outside world. On the one hand, they feel that the world’s demands and other people’s needs and expectations are too intrusive and tiring. But on the other hand, they are also the source of mental stimulation and knowledge.

Fives believe that to be able to deal with the world, they need to acquire as much knowledge as possible. As a result, they are often stuck in this preparation mode, constantly thinking and analyzing things but never really living their life to the fullest.

Each of the core Enneagram types is motivated by something. For example, in the case of type Eight, it’s the Eight’s fear of being controlled by others and their desire to dominate.

For type Seven, it’s the Seven’s fear of pain, boredom, and deprivation.

For type Six, it’s their anxiety about what could potentially go wrong in general.

When it comes to type Five, however, it’s their fear of being unable to deal with the world. To protect themselves, Fives do the following:

Staying emotionally detached and focusing on their thoughts and rational analysis gives Fives the illusion of control.

In reality, many Fives are incredibly vulnerable. However, they maintain a calm demeanor to convince themselves and others that they are on the top of their game and can’t be easily thrown off balance.

If there is a particular person or situation that is more likely to stir up their emotions, Fives will typically do everything to avoid it.

Fives fear that other people expect of them more than they are ready to give and prefer to stay alone.

Making the most of their resources

Many Fives take pride in their frugality and minimalistic lifestyle. Be that their financial assets, their physical or emotional energy — Fives don’t want to run out of their resources.

Not only are Fives careful with their money, but they are also very selective when it comes to their social encounters.

Fives decline more invitations than they accept, and very few people are allowed into their world. If they are close to someone, that would usually be other introverts with similar interests. In fact, the easiest way to connect with a Five is to share knowledge or interests. 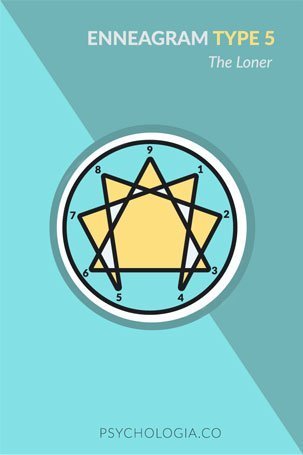 To the Five, knowledge is power in its most secure form. Fives enjoy observing the world, researching things, gathering and analyzing data. However, their learning style is very passive, and they never really participate or show up for life.

In the Five’s mind, this passive attitude combined with knowledge and education protects them from all kinds of imaginary disasters — most notably depletion of their resources.

Fives in Love and Relationships

Fives may seem cold and distant, but in reality, their need for maintaining this cold demeanor stems from their vulnerability and fear of getting their feelings hurt.

Fives may desire love, but at the same time, they believe that loving someone is dangerous because it has the potential to disturb their peace and deplete their emotional resources.

Besides, they are well aware of how little they are willing to give to others and do not believe they are worthy of someone’s love and affection. The truth is that even Fives do not think of themselves as loving or lovable.

Not only do Fives avoid building close relationships, but they also go out of their way to avoid disagreements. Just like love, the conflict has the potential to stir up their emotions and become a reason for other people’s expectations of them. To make sure this doesn’t happen, Fives may not express themselves fully and will generally try to fit in.

Enneagram Test Type 5: 100 Signs You Are a FIVE 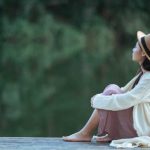 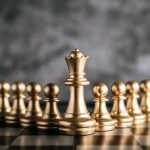