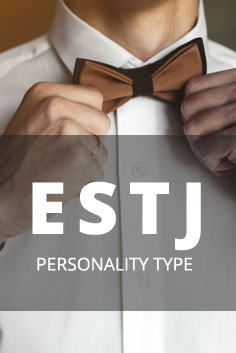 ESTJ personality type accounts for about 8-12 percent of the general population, and it is the second most common type among men (source). When compared to the four personality types, ESTJ is an equivalent of mixed Choleric-Melancholic type, which explains their serious and imposing nature. A lot of ESTJ traits are seen as conventionally masculine: They are dependable, practical, logical, assertive and firm-minded. Generally, ESTJs are seen as doers who take decisions and act quickly. Being Extroverted Judgers (EJ), ESTJs rely on logic and analysis. Some of their strongest points are their intense focus and their ability to honor commitments.

If you aren’t confident whether or not you are an ESTJ, you can take this scientifically validated test to find out.

Other Names for ESTJ

Like all other personality types, ESTJs have several descriptive names given by personality researchers:

Other popular online names include “The Executive”, “The Guardian” and “Overseer”.

ESTJs are logical and analytical people who excel at decision-making. Early on in their lives, they develop clear beliefs about how the world works and live accordingly. Even as children, ESTJs have their own set of formulas that help them take good decisions.

ESTJs men and women are very results-oriented and dislike being idle. Since their very young age, people who belong to this personality type seek meaningful activities, and generally, begin to work very early. ESTJ is not the type to suffer from procrastination. Many things can motivate ESTJs, but their initial motivation usually consists of two things:

Needless to say, this by itself is already enough to do a good job. Given their perseverance and work ethic, it doesn’t come as a surprise that ESTJ is the top earning personality type. Unlike many other types, young ESTJs are rarely confused about their future. Early on, they develop a set of personal and career goals and pursue these goals relentlessly.

ESTJs are extroverts and enjoy interacting with people. They are superb people managers and enjoy the power that is associated with being in charge. People who belong to this personality type value commitments and constantly monitor the surroundings to make sure that everyone does their job. At times, they might get carried away and become a little too aggressive and overlook the needs of other people. ESTJ is not a particularly sensitive type, and they are certainly not in touch with their own feelings and emotions, leave alone feelings and emotions of others.

ESTJs enjoy structure and like schedules and agendas so that they can plan ahead. They are especially fond of to-do lists because checking off the items gives them the feeling of accomplishment. Life of the ESTJ is a series of goals broken down into steps, and they enjoy being that way. Even elderly ESTJs will find something to occupy themselves with and will plan their days hour by hour.

Leisure time is seen as a reward for a job well done by ESTJs and even then their activities must have a purpose. For example, if they go for a walk, there should be a specific goal, such as to lose weight or to reach a certain place instead of just wandering in the streets. Typically, they use their free time to hit their personal goals, such as to improve their homes, enhance their relationships or reach fitness goals.

ESTJs are all about stability and security, and their love life isn’t an exception. While some types may argue that it’s difficult to share your life with someone who has such strong opinions about everything and who isn’t particularly sensitive, there are many positives as well:

Although ESTJ men and women appear to have strong and forceful personalities, they are, in fact, very sensitive when it comes to rejection. When rejected, a typical ESTJ will try to hide the feelings of hurt and continue the day as usual, but in reality their suffering is intense. Testing your ESTJ’s commitment by going far away from them or breaking up with them isn’t a good idea either as they may decide that the relationship is really over and force themselves to move on. What ESTJs need from the relationship is security, fidelity, companionship and mutual support. Moreover, they tend to commit quickly and easily so that they can focus on their other goals, such as career and financial goals.

With their persistence and ability to follow through, ESTJs make good and respectful students. As with everything else, ESTJs prefer a well-structured traditional environment with clear goals and deadlines. ESTJ students dislike any spontaneous changes to their studying schedule, however they will tolerate them if they can see why these changes were necessary.

ESTJs want to work in a well-organized and task-oriented environment. To do their best, they need stability and predictability. Moreover, they dislike unnecessary changes and prefer traditional ways of doing things.

People who belong to this personality type are great and reliable employees. Orderly and logical ESTJs deliver the work on time and to the highest standard. Naturally, they often end up in leadership positions, which they generally enjoy. ESTJ leaders are known for their aggressive take-charge approach and for being more task-oriented rather than people-oriented. Although ESTJ managers may appear harsh, they do actually care for their subordinates and want to know their opinions. Having said that, it’s important to mention that ESTJ leaders still want to make final decisions themselves.

Following famous people and celebrities are likely to belong to the ESTJ personality type: 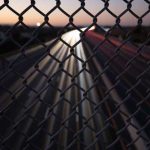 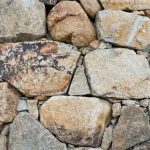 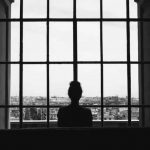