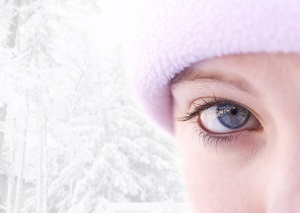 Eye reading could give you the most accurate information about others, because pupils work independently of conscious control. The power of the eyes is undeniable – there are sad eyes, happy eyes, angry eyes, piercing eyes, and even bedroom eyes, ( eyes that suggest we are sexually aroused). The eye reading ability is obviously present in each of us, although it is not clear how exactly we do it. When we meet someone for the first time, we make a series of quick judgments based on what we see in the eyes of the other person.

People’s mood changes are often noticed by the expression in their eyes. As Eckhard Hess, biopsychologist at the University of Chicago noticed, the pupil size is affected by one’s emotion – if you are excited, your pupils can dilate up to four times.

Similarly, if you are experiencing anger or another negative emotions, your pupils shrink in size. Eckhard Hess tested this by showing pin-ups of the opposite sex to heterosexual men and women. When they saw the pin ups, the pupils of their eyes would enlarge. Interestingly, the pupils of the participants would shrink if he or she saw pin-ups of the same sex person. Not fun!

The same was true with groups of women when they were shown two sets of images of men. Women preferred the images of men with enlarged pupils, but again, couldn’t explain why.

The discoveries made by Hess in the seventies were successfully applied as an effective way of increasing sales of products, such as cosmetics, clothing and hair. This was achieved by altering photos of models to make the pupil area larger which, in turn, produced more sales.

Dilating pupils are also a signal of courtship. Perhaps this is the reason why romantic encounters succeed in dimly lit places – because pupils naturally dilate in such lighting conditions.

The lovers gaze into each other’s eyes subconsciously looking for pupil-dilation. Pupil dilation has a reciprocal effect – when men looked at images of women with dilated pupils, their pupils enlarged and vice-versa.

Similarly to body language, eye contact is a form of non-verbal communication. By the means of eye contact, people express their emotions, including attraction. Eye contact is such a powerful thing, (see The Power of Eye Contact) that most people will try to avoid it in certain situations.

There are several kinds of eye contact that all have different meanings.

Body Language of a Liar