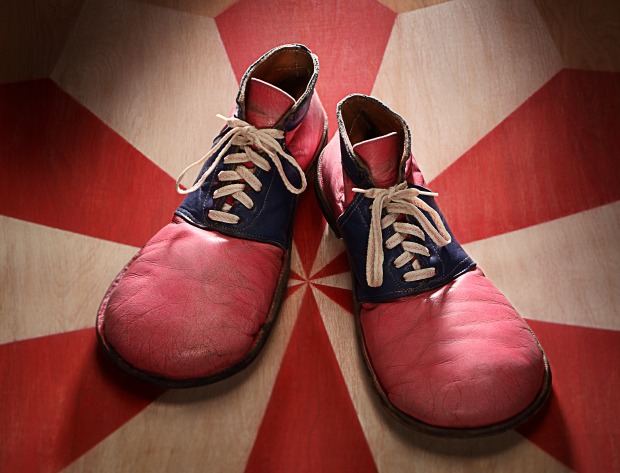 Coulrophobia, a scientific term for what is otherwise known as the fear of clowns may seem like a laughing matter at first glance, but for the people that suffer with this terrifying fear of a great childhood entertainment icon, it can literally stop life dead in its tracks.

It could be a kid’s birthday card with a happy, smiley clown on the front that sets you off. It might even be a film on TV that stars a clown, or an appearance from one on a TV show. It could be anything that sets your heart racing and every hair standing to attention on your body, and it is certainly not fun. Imagine your biggest fear of spiders, snakes, creepy crawlies, birds, and more… but in clown form!

For years, clowns have been the subject of horror stories, and there are plenty of people that will happily put their hands in the air and admit to being absolutely petrified of them. Even the renowned actor and star of the pretty horrific Edward Scissorhands, Johnny Depp has come out about his fear of the red-lipped creatures, apparently stating that he could sense a darkness “lurking” beneath the surface of them. I guess when you think about it, he almost could be right!

Apparently, for most people who suffer with a fear of clowns, the worst case scenario that you could ever be in is in the back seat of a clown car. It doesn’t really matter when or where they are set though – a study back in 2008 showed that children didn’t really like the appearance of clowns anywhere in the doctors surgeries, dentists, hospitals and more. Could it be that as adults, the clown is relatable to the time spent being sick as a child…?

Coulrophobia is a term that has only been thrown around very recently, and it would appear that this phobia is a relatively new concept. Perhaps it is down to popular media forms such as TV, films and radio that has caused the fear itself to occur?

Studies have been ongoing on this phobia, and it would appear that the underlying concern with people and clowns is the fact hat you can never really tell their true identity, and it is this fear of not-knowing that causes the state of panic to happen. There’s usually a lot of makeup on a clown, masking the true face of the person beneath, and the colored wig would make it almost impossible to tell what kind of hair would lie beneath it. When you add to this the often-ridiculous costumes that these kids entertainers normally wear, with the hula-hoop holding the pants out at the waist, you wouldn’t be able to tell anything about the person beneath it – whether they were thin or fat, a man or a woman, etc. You literally cannot tell anything about the person underneath the costume, and this is what scientists believe is behind the underlying fears.

It was the 1990’s film directed by Steven Spielberg, IT, that set the Caoulrophobia wheels in motion. In fact, scientists believe that the hit film caused many of the cases of the phobia around us today, and that numbers of people suffering have dramatically increased since around that time. To be honest, when you consider that the clown has been an iconic character in many films, it’s hardly surprising that the phobia is growing, and worse – evolving. The Joker in the Batman films is just another classic example.

When you consider how often you will see a clown on a daily basis, you can imagine how many people could be, and are affected every day. The fast food restaurant, hospital waiting rooms and kids wards, balloons, baby changing facility signs… The clowns are everywhere.

As a general rule, the fear of clowns is a fear that will come across from an early age, with many kids being unimpressed by the unfamiliar faces in the seemingly familiar bodies… Despite this, many more adults are developing the phobia, once again, scientists believe, is down to popular media.

Maybe it is wise to think twice before you watch that horror movie tonight?