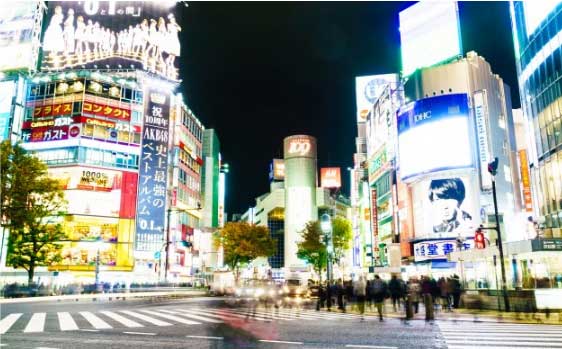 We all feel lonely at times, but what it is like to be alone for a really long time — months or even years? What is it like to become a shut-in and spend your life confined to a single room equipped with only bed, computer and, perhaps, a TV? Welcome to Japan’s world of hikikomori!

The word “hikikomori” literally means “pulling inward” or “being confined” and refers to teenagers or older adults who voluntary withdraw from from society and shun almost all contact with people despite the apparent lack of any mental health conditions. To be diagnosed with hikikomori syndrome, the characteristic behavior should persist for at least six months. Although most hikikomori are men, women can be affected too. It is widely believed that Crown Princess of Japan was a shut-in for a period of time. According to Japanese government estimation, there were 540,000 hikikomori under 40 in 2016. However, there may be as many as 1,500,000 hikikomori of all ages, which is about one percent of the population.

Young hikikomori often start by refusing to go to school and go downhill from there. Oftentimes there will be a trigger — an extremely stressful event — that pushes a person to seek refuge in seclusion of their home. For school-aged hikikomori it is often bullying or being unable to keep up with studies. Only after two or three years of seclusion, all hikikomori friends and former classmates will have graduated and have a job. They become integrated members of society during this short period of time while the hikikomori lag behind, which makes them want to withdraw even more. In a sense, it is a way of dealing with stress that comes with simply being a member of a competitive society, such as the Japanese society. Other people feel that stress too, but not everyone chooses to deal with it the same way hikikomori people do.

“In the economic boom times, men became completely wrapped up in their work. Dads didn’t participate in family life and they were always working. Moms, left to do almost all the parenting, became obsessed with education, teaching their kids things. This became a common societal model for raising children,” says Teruo Miyanishi, emeritus professor at Wakayama university.

After a few years of seclusion, hikikomori begin to fear that the world will never accept them. People’s judgement — being called lazy or slackers — is another major concern for the Japanese hikikomori shut-ins. Some hikikomori will only go out for bare necessities, such as food shopping, while some others manage to avoid going out altogether and rely on their family members to provide them with food and all things necessary.


Hikikomori pass time by watching movies, playing games, browsing the Web, and if they choose to communicate with the outside world at all, that would be via the Internet too. While some hikikomori report feeling sad, lonely and ill, there are hikikomori who say they actually enjoy this lifestyle and feel they can do anything they want while feeling safe and secure. They are utterly uninterested in the outside world and as long as they have a source of income — either their own or their parents’ — they may not step out at all.

“I had only one parent and I thought if I don’t start working, it will be really tough for everyone,” confesses one former hikikomori in an interview with RTD channel. By the time he realized that he was already 35 or 36 years old.

One may wonder if the phenomenon could continue to exist if families refused to care for their hikikomori relatives. Unfortunately, many hikikomori don’t know how to care for themselves and may choose suicide if left alone. Families and friends feel that the gamble is too big and continue supporting their hikikomori family members. Despite the fact that most hikikomori depend on their parents, they often blame them for not giving them enough love as children or being too demanding.

If hikikomori ever goes out, they need to know they have a safe place to go to. In some areas special hikikomori clubs exist in order to encourage these recluses to go out of their homes in hopes they will eventually snap out of their habits. On a more extreme end, some families hire special “support” companies who literally force people out of their homes, which may involve violent measures.

Hikikomori are so prevalent in Japan that they have a special newspaper “Hikikomori News” founded by Naohiro Kimura who is a hikikomori himself. It is a newspaper for hikikomori by hikikomori. Ironically, many writers gradually became accustomed to going out and communicating with other people because they needed to attend the newspaper’s editorial meetings. Some of them reintegrated into society and eventually stopped writing for “Hikikomori News”.

Generally, it is believed that hikikomori phenomenon is unique to Japan because of its unforgiving culture. “It’s a society that’s not very accepting of mistakes, so if people do make a mistake, they become ashamed and basically retreat to their home,” says Kimura. Others argue that hikikomori can be found in America and other countries because being a hikikomori simply means to reject societal pressure by shutting yourself off from the outside world.