You are here: Home / Mind / How to Lucid Dream Tonight
Lucid dreaming is a topic of conversation that very often gets the tongues wagging. There are wikiHow guides on how to do it, scientists have debated it on many occasions, and many people have given it a bash, yet still it is a relatively unknown concept.
I don’t care about warnings, show me the techniques!

Surely if it was as prolific and “super” as some people claim it to be, it would be a much more talked-about topic? 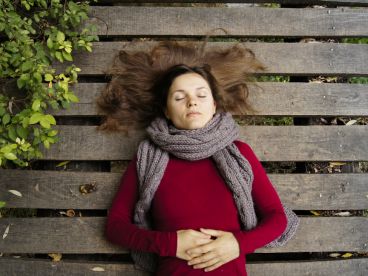 Recently, there has been an influx of apps on the Apple App Store, Google Play Store, and even the Windows Store, all promising to help you lucid dream. With such a flow of them coming through the various markets, why is there not more enthusiasm? Why doesn’t it have a bigger fan base? So far, it doesn’t appear to be showing very many positive signs.

Lucid dreaming is where the person dreaming is actually aware that he or she is dreaming. With training, it is said that the dreamer could theoretically be in charge of their own dreams; motivating themselves within the dream to do certain things. This would then lead to a more realistic dream; one that would seem as if it had actually happened. Technically, to the mind and your body, it did. It sounds too good to be true, doesn’t it? If you could control your dreams, what would you WANT to dream about?


Of course, when looking at how to lucid dream tonight, you must remember that most of the apps you can find for your smartphone are a total waste of time. If they really worked, firstly, do you think they would be free? Secondly, it’s not that easy to experience a lucid dream and even those who claim to be experienced lucid dreamers do not have this type of dreams very often. There are ways to increase likelihood of having a lucid dream which we are going to discuss in a moment but it certainly takes time and a lot of effort, which contradicts the purpose of sleeping itself – rest and recovery.

Studies have been long ongoing on the topic of lucid dreaming, with some scientists putting it down to either a brief moment of awakening from the dream, or complete rubbish. The thing that makes it all the more difficult to figure out is the fact that the only person that really knows what is going on is the dreamer themselves…

Of course, with the skeptics come those that truly believe that lucid dreaming is REAL and CAN happen, if you try hard enough. There are said to be more than a few ways in which the state of lucid dreaming can happen. With many stating that the first lucid dream is the most difficult to achieve, it is suggested that more people aren’t managing it because they give up before they have even given it a chance.

Meditation has been suggested as a good method to gear yourself up for a night of “real” dreams, as has writing down dreams in a dream journal, which can also be analysed later if that is something that you wish to learn more about. This analysis of dreams is another thing that reportedly helps; mostly because you start to pick up on signs and pointers leading to a dream.

There are also relatively unknown-of herbs that you can take; herbs that a few people SWEAR have helped them to lucid dream. Calea Zacatechichi, for example, is deemed to be useful to help you on your hunt to control your own very vivid dreams although not without serious side effects.

Those that have reached a state of lucid dreaming often say that staring at your hands for ten seconds, at random points throughout the day, can have a positive effect in the right direction. When you do this, you can memorize every little detail about your hands so that when you try to lucid dream later on, you will swiftly notice any changes which, again, can help you to stay in control.

Another technique that is deemed to be helpful is reality check technique where you habitually try to do something that is normally impossible several times during the day. Do that often enough while awake and you, supposedly, will have an urge to do so in your dream where result of your reality check might be quite different. Examples of reality checks include things like pushing with your hand through the wall or attempting to fly.

As you see, there is quite a few ways to improve your ability to have lucid dreams. The question you need to ask yourself is this… Is this a harmless game or am I compromising my health and well-being while chasing something as elusive as having special experiences while sleeping? There is a fine line between the two and it’s your responsibility to keep things in perspective.

To sum up, here are the steps that can help become lucid faster:

It seems like the phenomenon of lucid dreaming is not something that is available to everybody and all techniques described above or any other techniques you could possibly find online will not give you overnight results. While intentional lucid dreaming itself is still something to debate, the consensus is that you cannot become lucid tonight just because you decided to give it a try.