You are here: Home / Personality / INTP vs. INTJ: A Head-to-Head Comparison 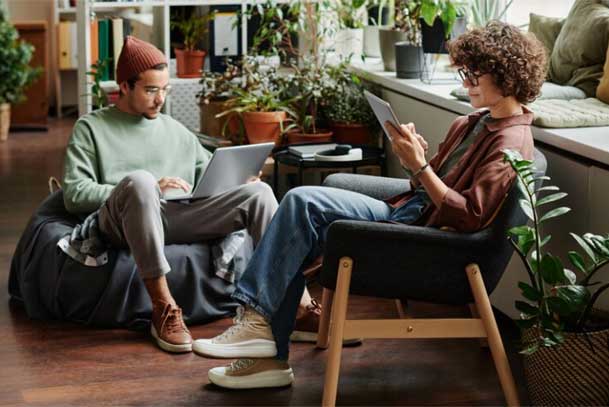 INTPs and INTJs share three of the four preferences.

Naturally, the question arises: how do INTPs compare to INTJs? What are their similarities and differences?

To answer this question, let’s compare the INTP and the INTJ in different areas.

Generally speaking, both INTPs and INTJs are independent types who enjoy brain-stimulating activities. They like reading and analyzing information, building their own theories and vision.

The INTJ, however, is even more independent than the INTP. In fact, it is often said that the INTJ is the most independent personality type.

Moreover, while INTPs may conform to social norms of behavior, most INTJs don’t bother with such things and do what they please whenever they please.

It’s not that INTJs intend to be rude, but they believe they know better. INTJs tend to establish their own boundaries and standards, while INTPs may consider the accepted norms of behavior, only occasionally rejecting what doesn’t make sense to them.

INTJs tend to focus on their education, giving their all to achieve their high academic standards.

INTPs may be just as brainy as INTJs, but their focus may shift from one subject to another, which may sometimes mean that, while their interests are very broad, they lack the depth of INTJs’ knowledge.

INTJs are a little more confident than INTPs. For example, INTPs often don’t speak up because they are afraid to state something obvious to everyone. INTJs, however, confidently express their thoughts without worrying about the reception.

Both INTPs and INTJs are not particularly social people. They would rather spend their time working on their ideas and doing what they love.

They don’t enjoy small talk and regard many social activities as a waste of time. If they meet someone who shares their interests, however, it’s an entirely different story.

Both INTPs and INTJs love to learn, but they need to feel confident in their teachers’ competence.

Rational and analytical, these people easily spot logical flaws in the thinking of others. Both types tend to challenge their teachers, often coming across as annoying. But INTPs and INTJs have high standards for teachers, and without challenging them, they can’t find the ones they can trust.

Another commonality is that both personality types make very resourceful students who don’t rely on teachers alone.

They do their own research, read, and attend courses and lectures. They probe deep into the subject and often end up knowing more than their professors.

When it comes to working, both INTPs and INTJs enjoy thinking and problem-solving. However, there are some differences between the two types.

For example, INTPs may be a little more flexible and open to change, while INTJs prefer to work according to the original plan.

INTPs focus on the big picture, while INTJs tend to be more detail-oriented.

Independent and self-motivated INTJs and INTPs aren’t particularly good team players, but they can still be valuable team members if they are allowed to contribute in a meaningful way without the need for constant social interaction.

Having a clear structure and a well-defined goal facilitates their participation even further.

When it comes to cleanliness and organization, INTJs are more organized than INTPs.

INTJs take care of every piece of paper and every item as soon as they arrive, while INTPs’ space can get very cluttered because they are afraid to throw out something they may need in the future.

Now let’s analyze INTPs’ and INTJs’ approaches to relationships. Similarly to other areas, there are many similarities.

INTPs and INTJs are both introverted and logical individuals who tend to approach relationships with a sense of independence and reserve.

They may have difficulty expressing their emotions and need time alone to process their thoughts and feelings.

Having said that, both types are also deeply analytical and thoughtful individuals who are committed to understanding and improving their relationships.

Now, when it comes to their differences, INTPs may be more open to compromise and flexibility in a relationship, while INTJs may be more set in their ways and resistant to change.

To sum up, INTPs and INTJs are indeed very similar; however, INTJs tend to be more assertive, independent, and goal-oriented. On the other hand, INTPs are more flexible and adaptive, ready to adjust their original plans as they receive new information.