You are here: Home / Relationships / 9 Facts About Money, Love and Happiness 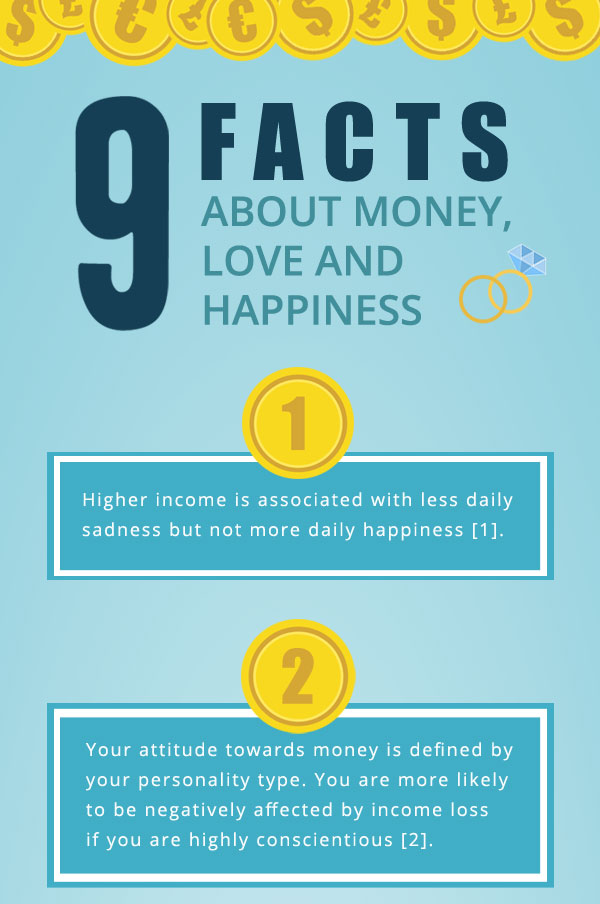 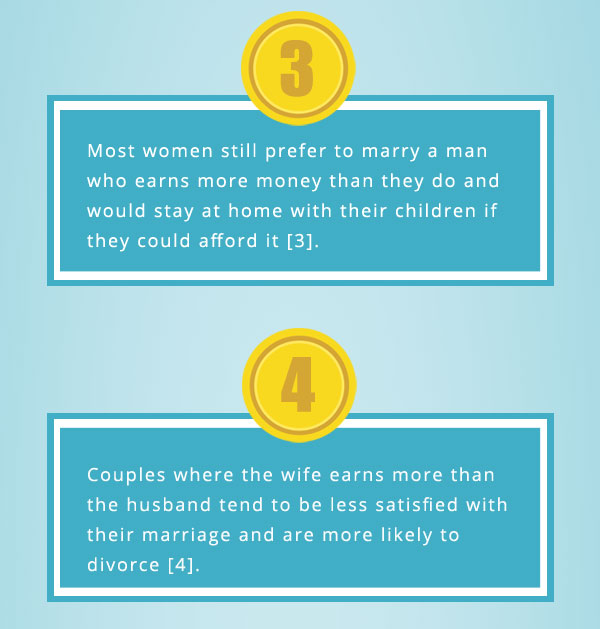 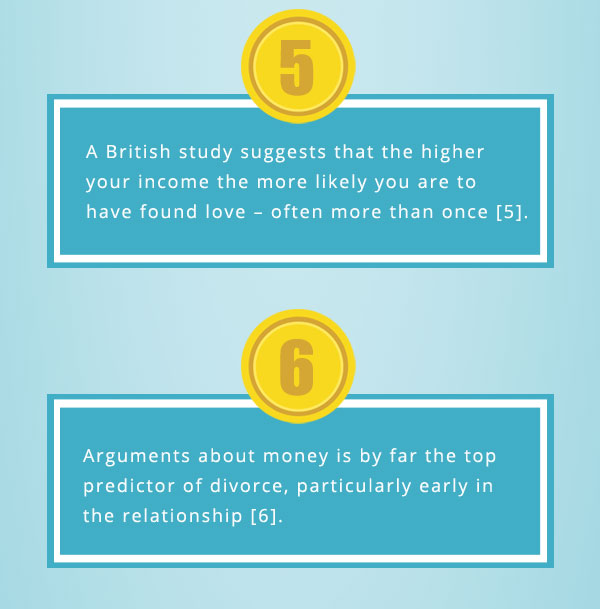 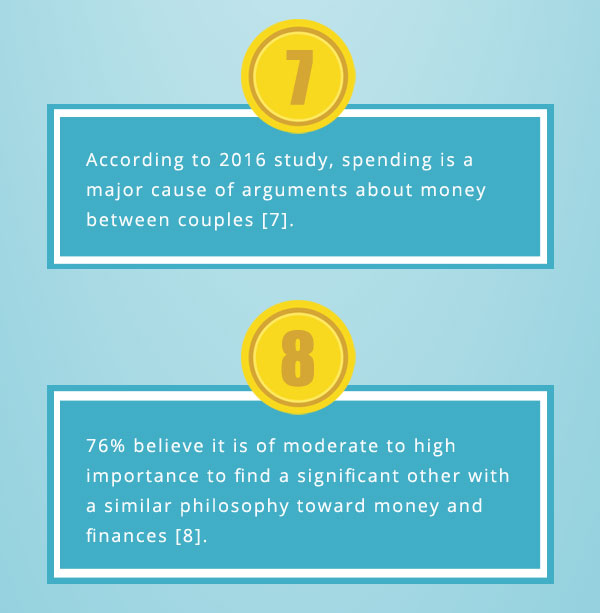 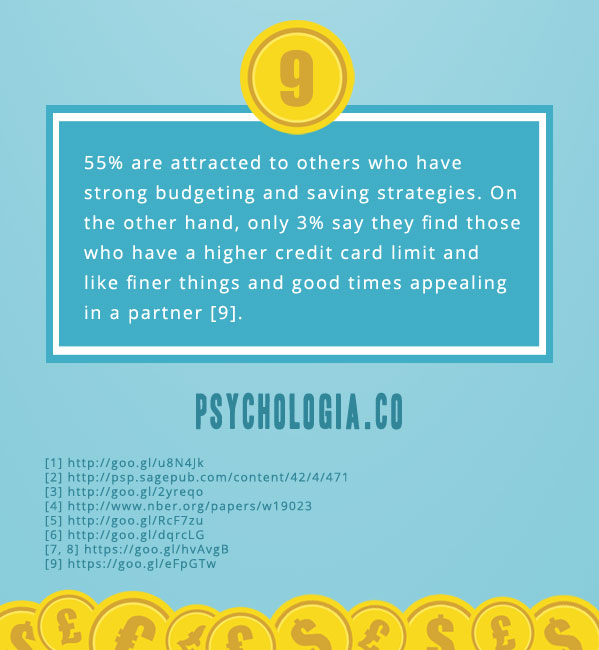 1. Higher income is associated with less daily sadness but not more daily happiness.

Researchers from the University of British Columbia decided to find a definite answer to centuries-old debate: Can money make us happier? Although there were many similar studies before, this study comes with a twist — in addition to exploring the relationship between money and happiness, the researchers wanted to explore the relationship between income and sadness. The results may or may not surprise you; it turns out that while money doesn’t make people happy, it definitely can make them less sad. When you think about it, it makes sense:

2. Your attitude towards money is defined by your personality type.

To put things differently, British researchers from University of Stirling, University of Manchester and University of Nottingham conducted their own study where they explored the relationship between loss aversion and personality. According to them, income increase will not make you happier regardless your personality type, but income loss tends to affect people who are high on conscientiousness.

3. A lot of women still prefer to marry rich men and stay at home with their children.

According to a YouGov survey, most women still prefer to marry men who earn more than they do and, ideally, would quit work altogether and stay at home with their children (69 percent). Moreover, 59 percent of the respondents felt pressured by society to go out to work. The survey included 922 women aged between 18 and 65.

4. Couples where the wife earns more than the husband tend to be less satisfied with their marriage and are more likely to divorce.

Not only do a lot of women prefer marrying men who earn more than they do, but a lot of men don’t seem to be fond of high-earning women either. Gender identity, or one’s innermost concept of self as a male or a female, impacts our decisions regarding marriage and the degree of marriage satisfaction. That doesn’t mean that high-earning women are at disadvantage, it only means that their marriage is more likely to be successful if their husbands earn more than them.

5. The higher your income, the more likely you are to have found love.

A British study assures that people with an annual income more than £50,000 (around $66,000) are more likely to have found love than those with lower incomes. The funny thing is that the same study found that high earners were more likely to have fallen in love as many as five times during their lifetime. While these two findings seem to contradict each other, some quickly made a conclusion: Money can buy you love!

6. Arguments about money are the best predictor of divorce.

Arguments about money, particularly early in the relationship, are the best predictor of divorce, according to research conducted by Sonya Britt, an assistant professor of family studies and human services and program director of personal financial planning at Kansas State University. And it works similarly for both men and women of all income levels. To prevent potential problems, Britt advises to work with a professional financial planner even before you get married.

You may also like How to Stop Arguing for Couples

7. Spending is a major cause of arguments about money between couples.

According to 2016 study conducted by Ally Bank, spending (and not saving) is a major cause of arguments about money between couples. 73 percent of those who acknowledged having disagreements over money were annoyed by their partners’ spending habits more than anything else. On a positive note, only 20 percent admitted to having any serious disagreements over personal finances at all.

8. Most people want a significant other with a similar philosophy toward money and finances.

The same study found that 77 percent of the respondents feel it’s important to find a significant other who shares your philosophy on money and personal finance. This doesn’t mean, however, they were ready to share bank accounts. Only 26 percent of the respondents under 34 shared bank accounts with their partner. The number increases as people get older; perhaps because people tend to trust each other more over time.

9. A lot of people are attracted to those who have strong budgeting skills. Extravagant spenders are not popular!

Another study by Ally bank found that strong budgeting skills was the most desirable money management trait, particularly to those who are older. Other desirable traits included debt avoidance and thriftiness. Extravagant spenders who have a higher credit limit and enjoy fine things appealed only to 3 percent of the respondents.

Embed this in your page (one large image)