You are here: Home / Mind / Mind Control Techniques To Be Aware Of 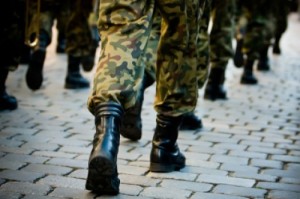 A few months ago, we discussed psychological manipulation in interpersonal relationships, defined the difference between manipulator and influencer, mentioned some risk factors or emotional hot buttons that make you more susceptible to manipulation, as well as some signs and symptoms that you are in emotionally abusive relationship. Today we are going to discuss some real mind control techniques that were traditionally used not just by ordinary people in interpersonal relationships but also in groups.

Isolation
Physical isolation can be very powerful, but even when physical isolation is impossible or not practical, manipulators will typically attempt to isolate you mentally. This may be achieved in a number of ways from one week seminars in the country to criticizing your family and circle of friends. Limiting any other influence by controlling information flow is the ultimate goal.

Criticism
Criticism may be used as an isolation tool. The manipulators will usually speak in “us against them” terms, criticize the outside world and claim their own superiority. According to them, you must feel lucky to be associated with them.

Social proof and peer pressure
Those who attempt to manipulate large groups of people will typically use social proof and peer pressure to brainwash newcomers. Social proof is a psychological phenomenon where (some) people assume that the actions and beliefs of others are appropriate and, because “everyone does that”, must be justified. This works especially well when an individual isn’t sure what to think, how to behave, or what to do. A lot of people in such situations will simply look at what others do and do the same.

Fear of alienation
Newcomers to manipulative groups will usually receive a warm welcome and will form a number of new friendships that seem to be much deeper and more meaningful than anything they have ever experienced. Later on, if any doubts arise, these relationships will become a powerful tool to hold them in the group. Even if they aren’t completely convinced, the life in the outside world may seem very lonely.

Repetition
Constant repetition is another powerful persuasion tool. Although it may seem too simplistic to be effective, but repeating same message over and over again makes it familiar and easier to remember. When repetition is combined with social proof, it delivers the message without a fail.

Existence of affirmations (as self-improvement technique) is another proof that repetition works. If you can persuade yourself through repetition, chances are someone may attempt to use repetition to manipulate you into thinking and behaving in a certain way.

Fatigue
Fatigue and sleep deprivation result in physical and mental tiredness. When you are physically tired and less alert, you are more susceptible to persuasion. A study mentioned in Journal of Experimental Psychology shows that individuals who had not slept for only 21 hours were more susceptible to suggestion.

Forming new identity
Ultimately, manipulators want to re-define your identity. They want you to stop being yourself and become a robot, someone who mindlessly follows their orders. Using all methods and mind manipulation techniques mentioned above, they will attempt to extract a confession from you — some form of acknowledgement that you believe that they are good people doing a good thing (slight variations are possible). In the beginning it might be something seemingly insignificant like agreeing that the members of the group are fun and loving people or that some of their views are indeed valid. Once you accept that one little thing, you may be more ready to accept another one and then another one and another… Before you know it, out of desire to be consistent with what you do and say, you start identifying as one of the group. This is particularly powerful if you know that your confessions were recorded or filmed — just in case you forget, there is a physical proof of your new identity.

Now after reading this, you may be wondering about “groups” in your life. Are they manipulating you?

Let’s pretend you joined Greenpeace. It all started with a small donation, then some type of fun event (lots of new friends), and, before you know it, you are sitting in a little boat protesting Shell’s drilling in the polar region while your education and career are put on hold. What happened here? Did Greenpeace manipulate you into doing this? No. They influenced you. While they got you to do something you would never consider doing before, Greenpeace doesn’t use you to their own advantage. They asked you to do what they believe is right (although opinions may vary) and you agreed — there is no personal gain here.

Compare that to, let’s say, a controlling karate teacher who is verbally and physically abusive toward his students while expecting total admiration and obedience in return, who makes them think like they are the only group of people who are about to know some special secret that will put both Terminator and Rambo to shame. Whether his motives here are financial or a simple desire to control and feel superior, there is no doubt he is using mind manipulation techniques mentioned above.

Things get even more complicated when you discover that are being manipulated by your significant other — here are 10 signs you are dating a narcissistic sociopath.