You are here: Home / Success / Mindset and Success: A Lesson From Arnold Schwarzenegger 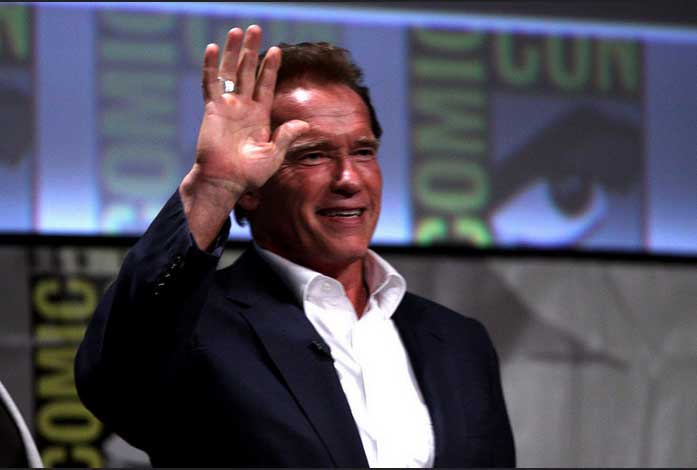 If you had to name only one thing that made success not only possible but likely, what that one thing would be? As I was listening to one of the latest interviews with Arnold Schwarzenegger, it was becoming more and more obvious that it wasn’t his big muscles or talent that made him so successful; it was his attitude.

A lot has been written on the subject of attitude, but Arnold Schwarzenegger takes it to the whole new level. In the beginning of his career in bodybuilding, he realized that there was practically no difference between top five athletes competing for the title of Mr. Universe; hence, to pick a winner, judges were forced to look at something beyond the physical appearance of the contestants. Young Schwarzenegger noticed that the judges tended to pick the bodybuilder who looked relaxed and comfortable like he was having fun. That’s not to say that Schwarzenegger didn’t have to make any effort to win — that wouldn’t be true. But the point is that once you reach a certain level when you know you are one of the best, it’s your attitude that makes you different from everyone else.

“I wasn’t there to compete. I was there to win”, says Schwarzenegger of his early competitions. What an attitude! Compare that to what most people say when they start a new endeavor:

This way of thinking puts you at disadvantage before you even begin. There is a world of difference between just trying and committing to make things work. When you are just trying, your foundation is wobbly; anything — even a minor remark from a competitor — could throw you off balance.

Interviewed by author Tim Ferriss who may be just as fascinating as Schwarzenegger himself, 38th governor of California admitted to using emotional manipulation to disorient his competitors in bodybuilding. His strategy involved the following:


Because there was no difference between the top guys, the only way he could win is by appearing to be in a better psychological condition than his competitors. While there is no doubt that many people will find this tactic objectionable, we all can agree that the decisive factor was Schwarzenegger’s confidence. His attitude gave him such a solid foundation that even the meanest remark couldn’t have thrown him off balance.

As we all know, bodybuilding is not Schwarzenegger’s only achievement. Armed with his unusual confidence and commitment to success, he began investing in real estate and became a millionaire even before his film career took off. It was his self-assurance that carried him all the way to celebrity status when everyone was saying he didn’t have what it takes to succeed in the film industry. Later on, he proceeded to become the 38th governor of California — quite impressive turn of events, particularly for someone who was born and grew up so far away, in a poor Austrian village. Be that bodybuilding, business, acting, or politics, Schwarzenegger didn’t intend to just try; he intended to win.

And now it’s all about you: What type of player are you? Are you competitive? Do you intend to win? Or do you expect to fail?