You are here: Home / Health / Physical Effects of Sleep Deprivation 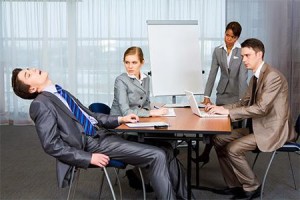 Everybody needs to sleep. The average human being requires about 7 hours of sleep, however newborn babies sleep the most, between 12 and 18 hours a night and the amount of sleep we require usually decreases as we get older.

With intensified work schedules, family commitments and 24 hour entertainment available to us, many people today do not get enough sleep. While most of us can quickly recover after just one broken night’s sleep, when the issue becomes persistent and insomnia sets in, we display the physical effects of sleep deprivation. Controversially, sleep deprivation has such a pronounced effect on human physiology that some institutions have been known to use it as a torture tool to force confessions and punish prisoners. Occasional sleep deprivation can result in mild symptoms and sustained lack of sleep is considered to be chronic.

So how do we know if we are sleep deprived? Here are the 7 physical effects of sleep deprivation to look out for:

Even if you stayed up all night watching a movie marathon on the couch and not moving, the lack of sleep will cause our muscles, particularly the legs, to ache. There is no proven medical link between insomnia and muscle pain, but it is thought that muscles require sleep to rest and repair tissues.

Not to be confused with a hangover, sleep deprived individuals often complain of migraines or severe headaches. The pain experienced is similar to that felt when hungover, but the exact cause is unknown.

Increased shakiness or tremors especially in the hands is often noticed by those suffering from sleep deprivation.

Basic cognitive functioning is impaired by sleep deprivation and individuals suffering from lack of sleep have caused many large-scale mistakes, most famously the 1986 Chernobyl nuclear power plant disaster.

A common physical side effect even in cases of mild sleep deprivation is stress, or more accurately, a lower level of stress tolerance. Simple everyday tasks become more difficult and sleep deprived individuals are more likely to be irritable and angry as a result.

Being woken before you have had enough sleep often causes pounding sensations in the chest and rapid heart palpitations. A scientific link between sleep and blood pressure suggests that pressure increases when individuals have not slept enough (Fujikawa et al., 2009).

Many studies have found links between poor sleep levels and mental illnesses ranging from psychosis to bipolar disorder.

The physical effects of sleep deprivation can often be corrected by a good night’s sleep. It is common to use stimulants such as coffee or energy drinks to counteract the effects of sleepiness, but the benefits of caffeine are greatly lessened by daily intake and should only be used infrequently. In the short term, a few missed hours of sleep here or there is unlikely to be detrimental to overall health. The long term physical effects of sleep deprivation are very serious and can range from diabetes to heart disease. A change in lifestyle may be needed to avoid such effects.