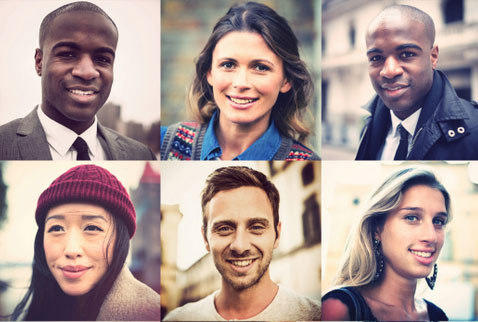 The concept of prototype psychology is closely related to schema in psychology. Linguistically, the word “prototype” is used for something original — an original form of something that serves as a standard. Similarly, prototype in psychology refers to what is perceived to be a complete image of something with all expected qualities and characteristics present. In cognitive science, prototype theory refers to graded categorization where some members of a category are more central, or more perfect, than others. This means that although some things may belong to a certain category of elements, they still may be perceived as unequal.

An example of this inequality is chicken and birds category. Most people will regard robins or pigeons as good examples of birds category; pigeons and robins are more prototypical of a bird than chicken. Although everyone knows that chicken is a bird, for some reason it has a less privileged status than other birds. Chicken is viewed as less of a bird by many.

Prototypes are influenced by many factors including one’s language, social background, and cultural background. Different people may have different perception and interpretation of same words. For example, the word “vehicles” may mean buses and cars to a city man, but to a farmer from a mountainous area it may mean carriages and motorcycles. Another example is dragon. Dragon is a mythological animal that is present in many cultures. In Chinese culture, however, dragons are a symbol of royalty. Dragons were supposed to stand up for kings or emperors, and, even today, they often appear in Chinese designs and artwork. Compare that to the Western perception of dragons where they are associated with evil. Because prototype is so dependent on social factors, it may change and evolve with the change of social factors, technological progress, and language evolution.

Prototyping helps us organize and interpret vast information we receive from the outside world. Prototype allows us to take shortcuts and make quick judgement and decisions. On the other hand, it may sometimes block some new information and force us to focus on our pre-existing ideas, making us less open and flexible. Needless to say, prototypes can contribute to prejudice based on race, ethnicity, or social status.

Difference between prototype and schema in psychology
The terms “prototype” and “schema” (pl. schemas or schemata) are often used interchangeably although they are not synonymous. Linguistically speaking, the definition of schema is “a plan, outline, or model”. In psychology, schema is a pattern of thought that organizes categories of information and relationships among them. Thus, schema allows for greater flexibility than prototype. This may explain the wider use of the term “schema” than “prototype” in psychology. Both schemata and prototypes are based on pre-existing knowledge and experiences, both help us organize information, both can contribute to stereotypes and prejudice, the only difference is that the concept of schema is a bit wider and schemata tend to be more flexible than prototypes.