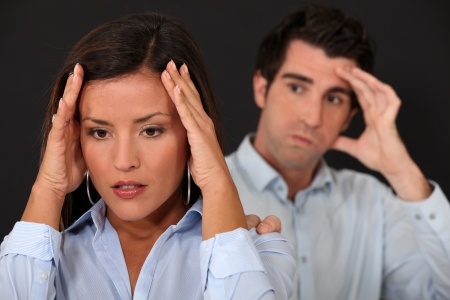 Reading body language does not necessarily have to be an intuitive ability. Anyone who is willing to be attentive can learn the art of “reading” people.

As it was said in Body Language in Communication, the key to reading body language accurately is to understand a person’s emotional condition while listening to what he is saying, keeping in mind the circumstances under which he is saying it. This means that a separate gesture should not be interpreted without considering other signs that are displayed at the same time, and circumstances under which it is happening must be taken into account.

One and the same gesture could mean different things at different times, for example, scratching the head can mean forgetfulness or lying; the way to find out is to look at other signs that are happening simultaneously.

Studies show that body language signals have five times more effect than words. If a person is truthful, his verbal and non-verbal signals should be congruent. In the case that there is no congruency between the two, people – especially women – take into consideration body language messages and dismiss the words completely.

One perfect example is – a manager that is standing with his arms tightly folded across his chest and chin down in front of his subordinates, telling them how open he is to any input, is unlikely to receive any suggestions. His body message contradicts his verbal message, and even those who never seriously thought about reading body language will have a gut feeling that he is not sincere.

From another point of view, if you meet a person waiting at the bus stop on a cold winter day who assumes the same pose, (arms crossed, chin down) it doesn’t mean that he is feeling negative about you or defensive; it simply means that he is feeling cold.

When reading body language, keep in mind that you might misinterpret certain people due to their unusual situation. For example, some obese people can’t cross their legs even if they feel defensive, or people who suffer from arthritis will have a soft handshake because they are trying to avoid unnecessary pain. This could be misinterpreted as weakness of character. Similarly, sometimes a person simply will wear ill-fitting clothing that restricts his movements, which in turns affects his use of body language.

It is interesting that as people get older, their gestures become less obvious, which makes them harder to read. In addition to this, elderly people have less muscle tone in their faces than the younger people and this makes the task even more complicated still.

When a little child tells a lie, he or she often covers their mouth with one or both hands. When an adult tells a lie, he or she also has a reflex of touching the mouth, but because adults are more conscious about what they are doing, the hand is quickly pulled away and this results in nose touching gestures instead – one of the biggest liar giveaways!

Some people can successfully “fake” certain signs when lying to support their lies and make it look as if it is the truth. However, the one who is skilful at reading body language will notice other signals that cannot be faked. This includes pupil dilation, blushing and sweating.

Finally, it is extremely difficult to fake any body language for extended periods of time – if you keep at them for long enough, they will eventually give the game away.