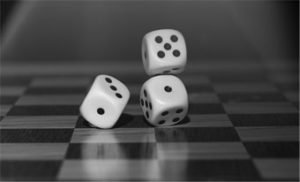 Before we proceed, let’s define what we mean by “games” first. In the context of this article, a game is a series of communicative transactions (or social interactions) that follow a well-defined path and lead to a predictable outcome. In other words, these are manipulation games and mind control techniques. By definition, these games are malicious in nature; the two qualities that set the games apart from all other forms of communication are:

“The blame game” was described as “If it weren’t for you” by Eric Berne, a psychiatrist and the author of the book “Games People Play: The Psychology of Human Relationships”. Examples of the blame game may include:

The objective of this game is usually vindication; by blaming somebody else we get an illusion that our own underperformance is justified. The game is malicious because it instills the feeling of guilt to the other person while helping us escape responsibility.

Another common scenario is where a passive and fearful person chooses an authoritative partner who, as expected, will restrict their activities. Not only does it allow the passive partner to avoid their fears, but they also get to play “If it weren’t for you” game: It’s not that I am incapable, it’s that he (or she) won’t let me.

One important thing to mention is that not every “If it weren’t for you” statement is necessarily malicious. As much as we like to believe in self-empowerment and control over our lives, it’s ridiculous to deny that there could be genuine victims.

Provocative behavior is another example of relationship games. There are several types of provocation, but one of the most interesting and less obvious types is when a seemingly innocent person intentionally provokes another person by what appears to be an offhand remark or a sincere advice (which was of course unasked for). Predictably, the other person explodes with rage while the provocateur gets several desirable outcomes:

From making the other person feel guilty to swaying others’ opinions and locking the other person behind the bars of a prison cell — the uses of the provocation game are many. This of course doesn’t mean that the short-tempered party isn’t accountable for the damage they caused, but it does mean that the whole situation was carefully set up by the crafty provocateur with a malicious purpose.

Eric Berne called this variation of relationship games “Kick Me”; the provocateur basically asks to be kicked, then pretends to be innocent.

While it may seem like this game isn’t set up by a malicious side, they actively seek it and get very excited when a suitable situation arises. Usually, the main player (Mr. A) will have some type of contract or agreement with another person (Mr. B) and will be very inflexible about changing its terms. One might imagine that if Mr. B breaks the rules, Mr. A will be extremely upset and disappointed, but in reality, this situation gives a great deal of pleasure to Mr. A because now Mr. B is completely at his mercy.

Mr. A’s way of setting up the game is having very strict rules regarding something. It could be a special food request at a restaurant or a payment contract that can’t go over a certain amount. Of course not every inflexible contract means that someone is trying to control you, but be alert whenever you notice unreasonable stubbornness and unwillingness to compromise.

The primary goal of this game is control over others. Another goal might be getting some sort of benefits in exchange for forgiveness.

The buck-passing game is shifting one’s own responsibility or blame to another person. For example, a manager might give his subordinates an authority to take important decisions for other than purely democratic reasons: If things go well, he will take the credit. If things go wrong, he will have someone to point at.

The game can be played in family environment as well: One of the partners may entrust the other to run the house, deal with the children or pay the bills. Not only does the player escape the responsibility, but he also has someone to blame if the outcome is less than desirable.

The double bind game is when the main player puts another person in a disadvantageous situation they can’t escape from, no matter what they choose. For example, a supervisor may intentionally delegate a difficult task to a person who doesn’t qualify for this level of work. Or a woman may ask her husband to help with something even when both know beforehand that she will blame him later on. In the first case the goal could be getting the person fired or “showing them their place”. In the second case, the wife might want to make her husband feel guilty or inadequate, or perhaps to initiate a bigger conflict and, eventually, get a divorce.

Lately, Internet marketers took a note of this game and disturbing newsletter popups spread through the net. For example, if a site offers a weight loss advice, their popup may present you with two choices:

The only way to close the popup without giving your email address is to choose No 2. Although it is highly unlikely that these popups will be taken seriously, they are still very manipulative.

Tell Me I am Right

Siblings play these game with their parents, employees play this game with their supervisors, but the game is at its weirdest when couples decide to “get counseling” and drag their counselor, a trained professional, into the game. Unless the counselor puts a stop to this game right from the start, nothing will be resolved.

The Siren is a variety of flirting games played by some women. It may seem that a certain type of men may find this game exciting and stimulating, but unhealthy woman’s desire to repeatedly attract and then reject men makes it malicious. The worst variation of this game may end in the court: The woman provokes physical contact and may even allow the man to complete the sexual act, then claims she was assaulted and/or raped.

By no means, this list is all-inclusive. In addition, not all games are necessarily malicious. Some games are just pastimes and, while annoying, do not seriously harm the other person. A good example of a pastime game is “Yeah, But”, as it was mentioned by Dr. Phillip McGraw in his book “Life Strategies”. People who are hard “Yeah, But” players tend to complain a lot to elicit suggestions, but the goal of the game is not to receive suggestions per se but to reject them. No matter what you suggest, they will say, “Yes, but…” followed by an excuse. The goal of “Yeah, But” is simply to have something to talk about; it is also a form of attention-seeking behavior. Dealing with “Yeah, But” people is annoying but not harmful. If you want to put a stop to this game, stop giving suggestions and simply say, “That is a very serious problem. What are you going to do?” 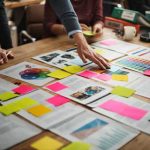