You are here: Home / Personality / Sanguine and Melancholic Compatibility

Two completely different personalities — Melancholic and Sanguine — often find themselves in a relationship together. Is it possible that opposites really do attract or are these two personality types a recipe for disaster? 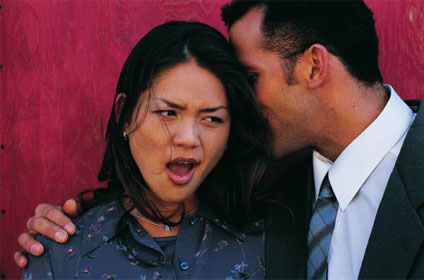 They are different – it’s true, but remember we’ve said you won’t have to avoid some types and deal only with some others just because you’ve learned about personality compatibility. If you are a Sanguine, you will learn and be warned about issues that are likely to become a problem if your sweetheart is a Melancholic, and vice-versa. You will also get an insight about how your partner would feel about certain things since they would normally see them in a different light than you. Armed with these insights, you can effectively avoid a lot of arguments, and even use your differences to your benefit.

However, sometimes even opposites attract, and when they do, this particular partnership can be very effective. If impulsive and adventurous Sanguine decides that he or she wants to create a home and/or a family, he or she can be attracted to the loyal and traditional Melancholic. Also, from a Sanguine point of view, there is a possibility of having some fun when amusing and teasing the Melancholic, which the Sanguine will often find rather interesting.

As for the calm and cautious Melancholic, he (or she) may enjoy the vitality, energy and buoyant spirit of his or her Sanguine partner. He or she will enjoy listening to the Sanguine describing ideas, as well as like his or her playful demeanor.

However, this partnership is likely to face problems. The Melancholic will try to push the Sanguine adventurer to settle down, find a stable job, get into routine. Melancholics tend to be moral and responsible, while Sanguine people often don’t give much respect to rules and traditions. The Melancholic may find Sanguine’s disregard to the regulations and guidelines of the society reckless and ungracious in nature, while at the same time, the Sanguine will grow irritated by the Melancholic trying to restrict his or her freedom.

Another source of tension within this relationship will often stem from their opposite traits of character — the Melancholic sees himself or herself as persistent, while the Sanguine will regard this attribute as stubbornness. Generally, the Sanguine is willing to apply his or her creativity and try the untested ways of doing things, but the Melancholic will think that this is both irresponsible and unrealistic.

Another thing that may cause a problem within this partnership is that they are likely to have disputes about money — the Melancholic will want to save what the Sanguine will want to spend for fun, pleasure and entertainment.

Melancholic people often feel the need to plan everything in advance. This will go against the Sanguine nature as they love to live “by the seat of their pants,” enjoying novelty and adventure. While the Melancholic will want to go for family visits and planned parties, the Sanguine will be out for looking for their next adventure, rather than settling down to the routine of family life.

Despite the differences that this couple may endure, they can be used to their advantage. Working with and alongside their partner’s opposite traits will often prove to keep life in a pretty stable and working balance. The Melancholic will work to build a home, a family and a future, while the optimistic Sanguine will be appreciative to the loyalty of their opposite partner and will discard the frustration of hoping for better days.