You are here: Home / Professional / All About Wonderlic Test, Scores, Samples, and Practice 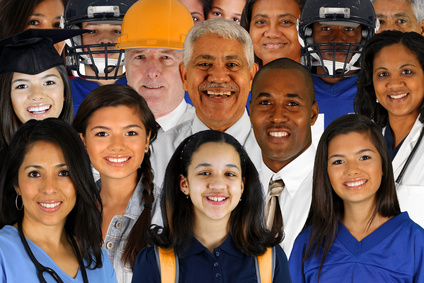 Personnel test (WPT) is not the only test offered by Wonderlic, a privately held company and a founding member of Association of Test Publishers. Over the years, they delivered over 200 million assessments and surveys for more than 75,000 entities, including businesses, schools, and government agencies.

The most famous cognitive test in the world, Wonderlic test became a household name when National Football League began to use it for selection purposes as an attempt to predict player performance. NFL Scouting Combine still uses it today along with dozen of other physical and mental tests. Wonderlic scores of famous football players have been made public and are a point of curiosity for football fans across the U.S. An average football player scores about 20 points on Wonderlic, but it does seem that to become a notable football player higher scores aren’t a must. Morris Claiborne, who was chosen as SEC defensive player of the year in 2011 among many other awards, has scored as low as four points, which is the lowest score in NFL’s history.

But the list of notable football players who scored high on Wonderlic is much longer with many players scoring in high 30s and even 40s. At the top of the list is Pat McInally who scored 50 — the only known player to have gotten the perfect score.

Wonderlic Personnel Test, the most popular test by Wonderlic, consists of 50 multiple choice questions that should be answered in 12 minutes. However, not all Wonderlic tests have same administration. For example, their Motivation Potential Assessment test (MPA) consists of 30 questions, and time for its completion is unlimited. Wonderlic Interactive Skills Evaluation test (WISE), like many other company’s tests, can be completed online. The company has over 100 tests in their library in total.

Wonderlic Scores and Results Policy
Test scores are calculated as a number of correct answers given in the allotted time. In case of WPT, the highest possible score is 50, and the period of time to answer these questions is 12 minutes. Results of the test are then compared to an industry average. Different industries have different requirements, hence knowing a general average score isn’t very useful. A list of median Wonderlic scores by profession was created in 1983:

After calculating Wonderlic scores, a graph is generated. It contains the score, the percentile of population deemed to have similar abilities, and a so-called IQ equivalent. Depending on scores, job candidates are classified as a strong fit, a moderate fit, and a weak fit.

Test results are considered to be a property of the company or school who tested you; and unless they are willing to reveal your results, there is no way for you to know your score. Each organization may have its own policy regarding revealing the results, and you will need to contact them to find out whether they are willing to disclose your score.

Sample Tests and Practice
Wonderlic provides its services to all kinds of companies and organizations, and test questions are modified to suit the needs of each particular client. Clearly, Wonderlic does not provide any sample tests as this doesn’t serve their best interests or the interests of their clients who use their tests for candidate screening. Moreover, you can’t purchase the test, because Wonderlic does not make their tests available to individuals.

Many “sample tests” available online do not belong to Wonderlic and were created by people who have no relation to the company. These tests are only Wonderlic-like tests that were designed to help you practice. Having said that, practicing on these tests can be very useful.

Wonderlic itself does provide a sample of 10 questions for their Personnel Test (WPT) here. Its purpose, however, is to give an idea about their product to their clients — the companies who use this test to screen the applicants. If you applied for a position and were required to take Wonderlic test, chances that you will get exactly same questions are very low.